Dad Grass, a new company selling smokable CBD hemp, was founded on a simple premise: Today’s weed has gotten too strong. This isn’t itself a particularly novel take. (You’ll hear it everywhere from Slate to the office of the Surgeon General.) But the ubiquity doesn’t mean it’s not true. A decade or two ago, weed might have been under 5 percent THC. These days it’s likely in the 20s—especially the legal stuff.

Fashion veterans Ben Starmer and Josh Katz, who met working for Levi’s, saw this as a more insidious problem than a few nights spent staring at the ceiling Maureen Dowd-style. To them, the new wave of ultra-potent weed (and vape cartridges and tinctures and edibles) was eroding the rituals that made smoking a little grass fun in the first place. It’s hard to pass a joint around a campfire when one puff might have you staring fixedly into the flames and ignoring your friends, after all.

So when the 2018 farm bill legalized hemp (or cannabis—two names for the same plant) with under .3 percent THC nationwide, Katz and Starmer created a brand that seems to ask: What if everything rules about smoking weed except getting high?

Now, no matter where you live in United States, Dad Grass will happily mail you a pack of joints that contain lots of CBD and almost no THC, or (as of this week) a tin of hemp flower that feels and smells uncannily like high-test weed. 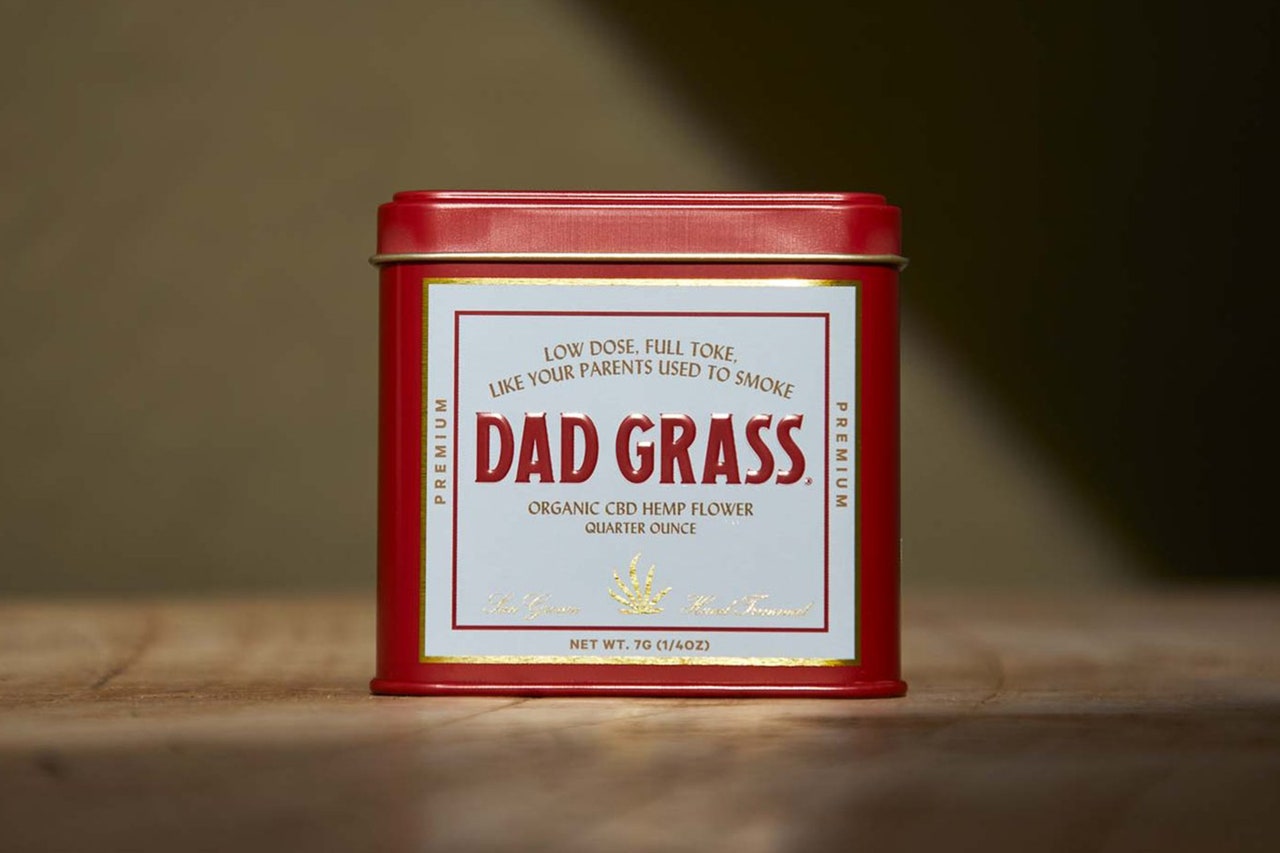 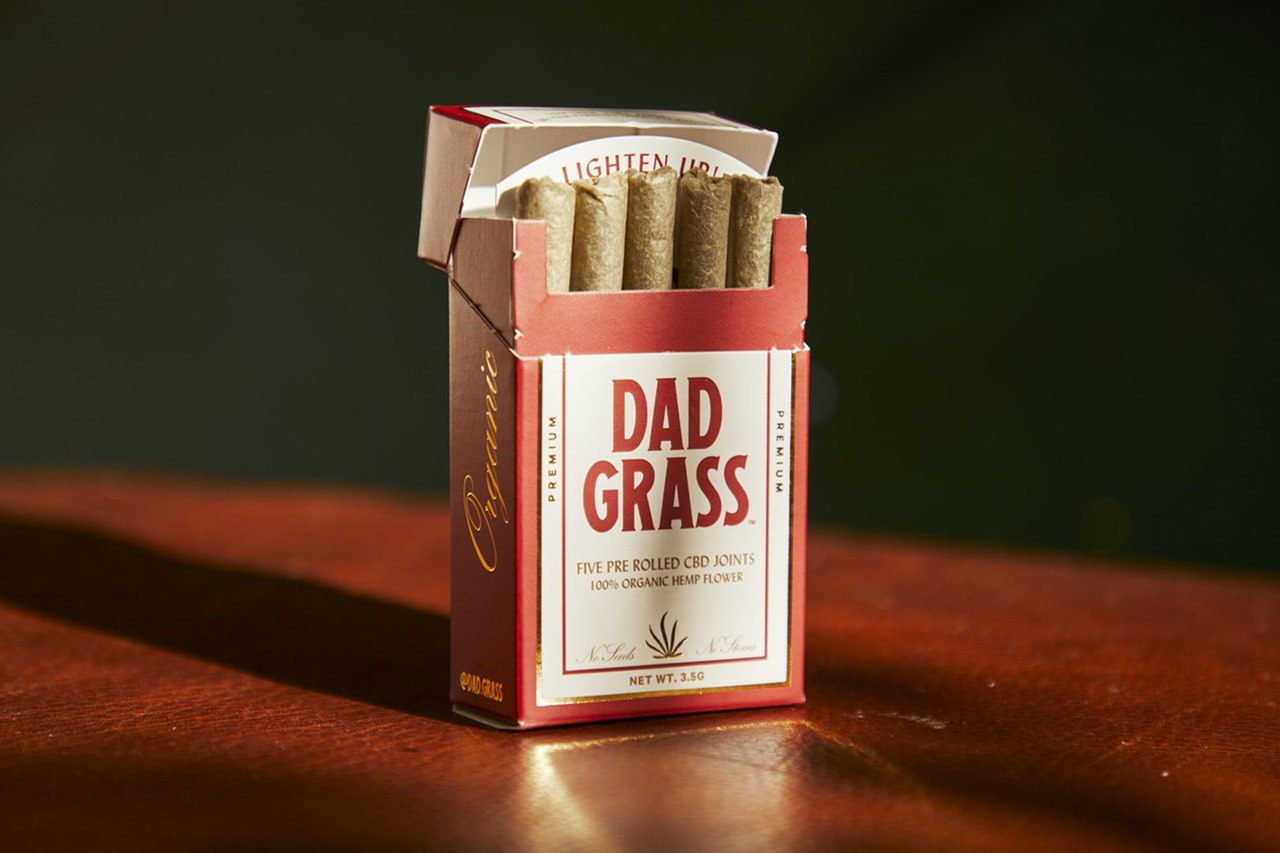 Unlike your average CBD product, which tend to pitch themselves as a health-adjacent, Dad Grass feels like a mild vice. (It is hard to rationalize smoking anything as a wellness practice, after all.) More importantly, unlike every CBD seltzer I’ve ever tried, Dad Grass actually feels like it does…something. It’s not exactly stoned, but it is a little mellow. And while the packaging is clearly labeled as a legal hemp product (a helpful QR code will even bring up a PDF of a ridiculously comprehensive lab report), when you’re smoking it it smells just like the real stuff. As in, you wouldn’t want to bust this stuff out anywhere you wouldn’t want to smoke actual weed. (If you live in a 420-unfriendly jurisdiction, just imagine encouraging a cop to scan the QR code on your box of joints as big skunky clouds billow around you.) But again, it doesn’t get you high, any more than half a beer gets you drunk.

As Dad Grass leaves behind the getting-stoned parts of stoner culture, the company keeps just about everything else. They already sell a huge range of winkingly groovy paraphernalia, from ash trays to joint rolling machines to collab tees with LA stoner gear purveyor Free and Easy—those look fresh off a Bonnaroo merch table in 2006. It’s an aesthetically-pleasing throwback to a mellower era of weed.

Of course, weed that doesn’t really get you high is a tough sell in some obvious ways. I figured there was no better way to mull this over than smoking a little Dad Grass. Afterwards, I felt a little lighter, but crawling through my kitchen window to sit on the fire escape during the first warm day in months in order to watch some birds is a mood lifter in itself. Taking a second to unwind with a mostly-harmless vice probably had as much to do with the good vibe as whatever chemicals had wound up in my bloodstream. And yet: I wouldn’t have gotten that with half a hit off of a vape pen. 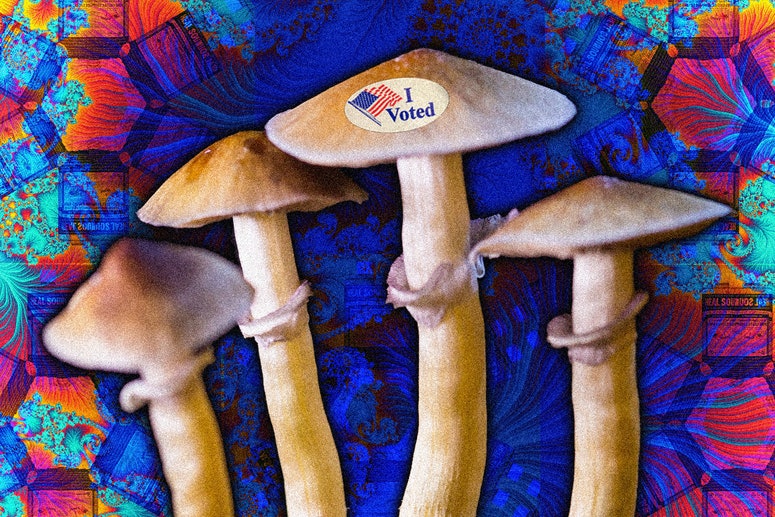 Oregon Is on the Verge of Legalizing Shrooms Therapy, Thanks to Your Favorite Hippie Soap

If Measure 109 passes on Tuesday, anyone in the state will soon be able to take a therapeutic psilocybin trip with a trained guide.