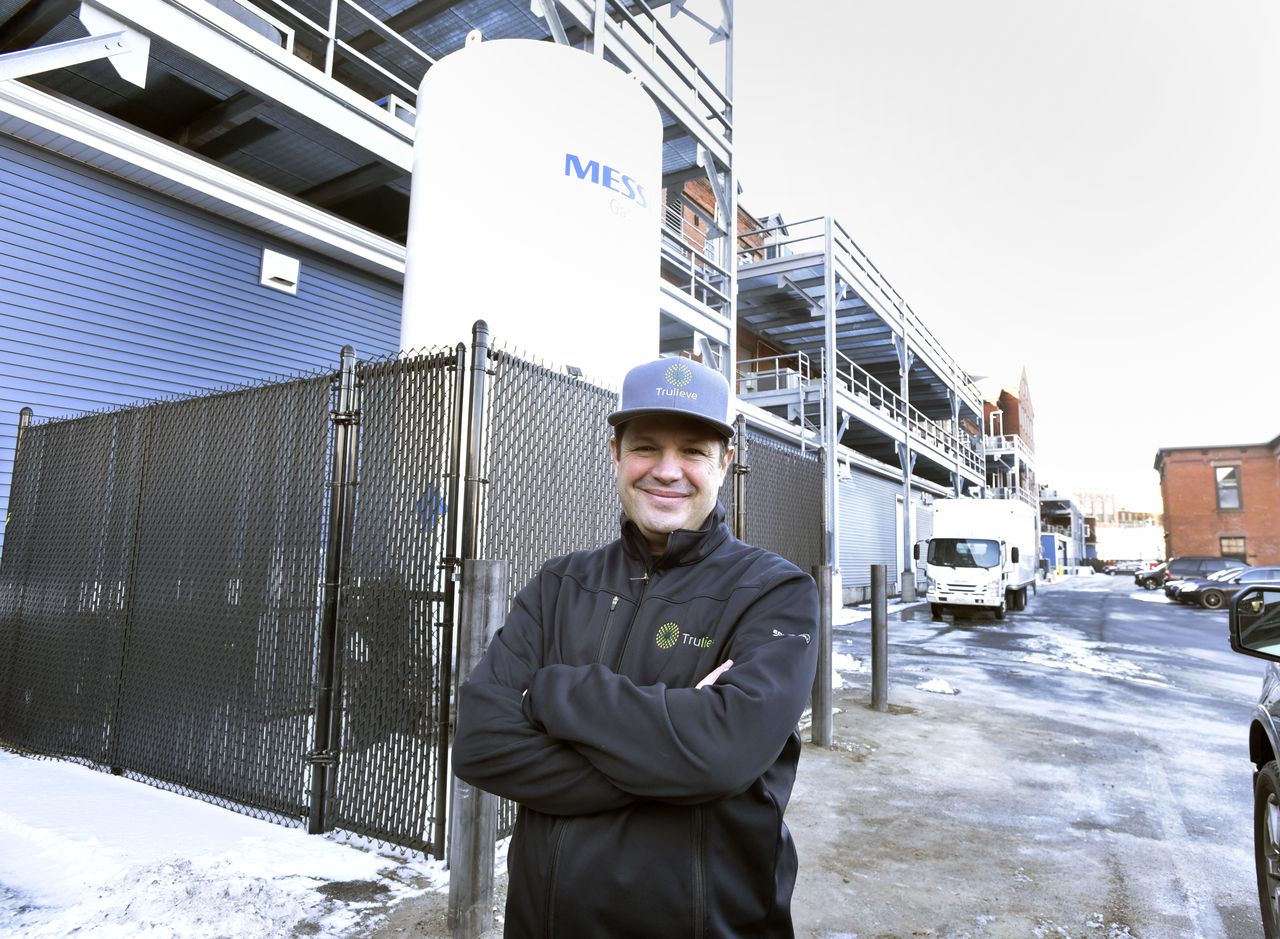 Cannabis is expected to be an economic driver for Holyoke, with several large-scale growing and retail operations slated for 2021 and beyond.

Holyoke’s open-arms approach to the industry has attracted interest from investors drawn to the low utility rates and former mills ripe for conversion.

The state Cannabis Control Commission has already issued around 40 provisional licenses for businesses in Holyoke, the most per capita of any Massachusetts community.

“Holyoke has become a site where we clustered the industry, particularly for manufacturing,” said Marcos Marrero, who stepped down in January as the city’s director of planning and development. “Specifically, growing the plant, processing the active ingredient, whether it’s the THC oil or the flower.”

Besides the leaf, the end ingredients are also used for edibles, oils for vaping pods or medicinal products.

Marrero likened a cannabis retail operation to a liquor store. However, politics and community standards play a part in where the stores can open — mostly away from residential areas. A cannabis manufacturer or grower can serve the overall market, providing raw materials or finished products, Marrero said.

He added Holyoke provides “political stability,” where a majority of residents voted in favor of the 2016 referendum legalizing recreational marijuana. Mayor Alex B. Morse championed relaxing the state’s marijuana laws and allowing for recreational use.

Marrero cited the city’s electricity rates, some of the lowest in Massachusetts, as a key reason investors are flocking to Holyoke. Growing and cultivation operations require lots of electricity to operate artificial lights and for maintaining optimal growing conditions.

Erik Williams, the chief operating officer for Canna Provisions, said while retail remains the company’s focus, cultivation and manufacturing are part of its long-range plans.

In addition to its Holyoke store, the company has retail locations in Lee and Easthampton. It also runs a cultivation facility in Sheffield, allowing it to offer sun-grown, outdoor marijuana buds.

“We’re the only ones who have it because we support farmers,” Williams said.

Greg “Chemdog” Krzanowski, the company’s director of cultivation, is considered the “Father of Kind Bud,” according to Williams. Krzanowski produced a bud in the 1990s with over 30% THC, the active ingredient in marijuana.

Williams said Morse’s open attitude toward the industry was a factor in opening the Holyoke store. “We know from our experience that cannabis tourism is an important part. We love the city as a whole,” he said.

Canna Provisions wanted to partake in Holyoke’s urban revitalization story, with the cannabis industry leading the way, he said.

In terms of popularity, Williams said flower products for smoking account for half of all purchases, a universal trend in the industry, followed by edibles, vaping, concentrates, topicals and accessories.

Williams added that older consumers mostly buy edibles for wellness, a way to boost appetite, or to combat aches and pains. Flower remains popular across generations.

“Vaping is a bit of a different crowd. We’re seeing women over 45 or with children still in the house as big vape users,” he said.

Franklyn Dailey, Boston Bud Factory’s CEO and co-owner, said business has slowly increased despite the state’s advertising limits. “It makes it hard for new businesses to advertise they’re open,” he said. But he added COVID-19 occupancy limits are driving customers from larger retailers to smaller stores like Boston Bud Factory.

Dailey said Holyoke’s open-minded approach to the cannabis industry helped with his decision to open a store.

“They were ahead of the curve and leading the pack,” Dailey said. He nixed a Springfield operation after a series of delays. “Coming to Holyoke allowed us to get the store open much quicker.”

While Dailey expects more stores to open in 2021 and beyond, the city of Holyoke charges a 3% impact fee under host community agreements with marijuana businesses, which might prove too costly for small retailers. “In the end, they’re going to drive traffic to other towns for lower prices,” Dailey said.

The cannabis industry and investors are gobbling up the massive former paper mills in the Canal District. For generations, the mills supplied a steady stream of paper and employment for Holyokers.

Trulieve, a powerhouse in the cannabis industry, has operations in California, Connecticut, Florida and Massachusetts, including a 140,000-square-foot growing-cultivation facility under construction in Holyoke.

Lynn Ricci, Trulieve’s director of investor relations and corporate communications, said the company is finishing the permitting process. “We’ll be operational during the first half of the year,” she said.

Trulieve will dedicate the start of operations to growing the marijuana plants. Frohmund K. Burger, the general manager of Trulieve’s Holyoke site, said cultivation operations need hospital-like sanitation standards to ensure the plants are protected and free from pests or outside matter.

The company raised $40 million in capital for the Holyoke project, according to Ricci. “It’s a big, older building, and we’re putting a lot into it to make it a best-in-class cultivation,” she said. “It’s quite costly, but we have not used that full amount as of yet.”

Ricci said Trulieve decided early on to invest in “majority-minority communities” like Holyoke. The host community agreement Trulieve signed with Holyoke stipulates that a percentage of employees come from the city, along with security personnel.

Burger will hire up to 300 employees, including growers, administrative staff, executives, technicians, and scientific and research staff.