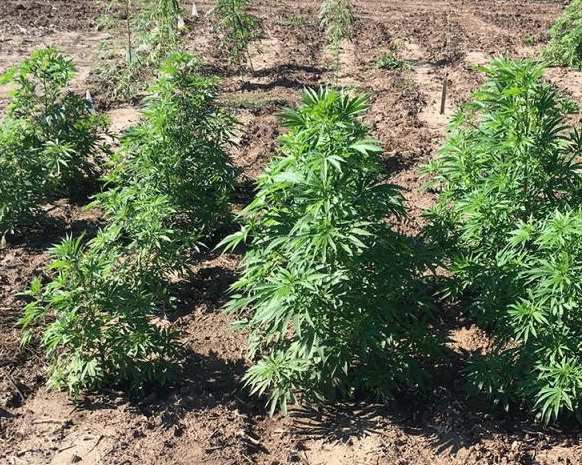 In a time when most people are aware of CBD’s legality in many states, it might come as a surprise that the FDA still hasn’t published regulations for major parts of the industry like pharmaceuticals and dietary supplements. Hemp, or low-THC cannabis, became legal in the US for the first time in 2018, but the regulatory process is still playing catch-up in many ways. It isn’t totally the fault of the bureaucratic process, though; in the case of the FDA’s Cannabidiol Enforcement Policy Draft Guidance for Industry, part of the delay happened because of the recent change in presidential administrations.

Fortunately, this hasn’t been the story for all CBD-related policies this year.

Pharmaceutical companies may still be waiting for their much-anticipated policy, but hemp growers finally have some definitive regulations that are a much better fit than the previous ones. States, tribes, and territories scrambled to formulate policies for growing hemp when it was initially legalized, resulting in a regulatory patchwork across the US. The USDA eventually announced some interim rules, and they definitely erred on the side of caution when it came to hemp that was too high in THC.

For hemp growers, THC levels are very important to monitor. Legally, the THC levels have to be 0.3% or lower, but sometimes biology takes over and the plants don’t cooperate. With the right management, hemp plants on a legally licensed farm shouldn’t exceed 1% THC, otherwise that’s considered a negligent violation; but what happens to the plants that are below 1% THC, but still too elevated to legally sell? According to the interim rules, growers had to ask law enforcement or the DEA to take the plants and dispose of them properly, but this was an expensive process at $200/acre. It was especially ironic that the hemp was being eliminated using many of the same methods the growers would have used themselves, such as burning or burying.

Under the new, official regulations, the USDA permits hemp growers to do the process themselves; they just have to use a method which ensures that the hemp plants can’t be sold or used illegally. They can burn it, bury it, mow it down, or plow it into the dirt for fertilizer – and best of all, this policy saves hemp growers over 90% of the original $200.

The change in regulations happened mainly because the USDA invited comments from hemp growers at several points during the drafting process. This was one of the least popular requirements in the interim rules, so there was no shortage of feedback.

Another difficult requirement from the USDA was the need to test hemp plants only at DEA-certified lab facilities. With something like hemp it only makes sense to keep an eagle eye on it, but growers argued that with the relative scarcity of facilities with DEA registration, this was resulting in a production bottleneck. They had to wait on testing before they could harvest, but it was often difficult to get the tests back on time because the labs just couldn’t keep up. The USDA kept this rule in the official regulations, but they won’t be enforcing it until January 2022, to give labs more time to get DEA certifications. In the meantime, hemp growers can go to other lab facilities if they need to.

The new year has been treating hemp growers fairly well – what about the people on the opposite end of the industry?

For all the people and businesses waiting on the FDA’s CBD enforcement policy, things haven’t gone quite as well. Companies involved in manufacturing, marketing, and selling pharmaceuticals are poised to enter the CBD market, but they’re waiting on the FDA to publish the necessary regulations before they commit. It’s the same with anyone involved in dietary supplements and all the related industries – the sooner the FDA passes this policy, the sooner it’ll start working on a policy for CBD-derived supplements. Even people who don’t have financial motivation are impatient for this policy. Doctors, scientists, and more want to be sure that these companies aren’t selling untested products to customers who may not know exactly what they’re consuming.

So, what happened to put this policy on hold? It wasn’t controversy, or an error; it was a presidential inauguration.

Why, of all the things to delay an FDA policy, would it be a new president?

The easiest way to think of it is that when a president is inaugurated, he hits the reset button on any pending policies from federal agencies. When any federal agency needs to get approval for new regulations, they submit the policy to the White House Office of Budget and Management (OMB). This office reviews all the proposed federal regulations, with an eye on how well they would promote the president’s goals. For this reason, federal regulations tend to be formulated specifically with the president’s policies in mind; this is why a new president probably wouldn’t want pending regulations approved when they were drafted for another administration.

According to retailer Premium CBD Supply, in the case of this particular policy, part of the frustration comes from the fact that it’s been anticipated for so long. The FDA took plenty of time to research CBD and related topics before even drafting the policy; then there was another six months of waiting before the policy got withdrawn in January 2021.

Even if the FDA’s first draft didn’t make it through the OMB’s approval process in time, that doesn’t mean the OMB was ignoring it. In late 2020, they met with a few companies who are already involved in making and selling CBD-related products, and who want to be even more involved as soon as the FDA’s regulations are announced. The old policy may not have been right for the Biden administration, but hopefully what was discussed in the meetings arranged by the OMB will still apply to the second draft of the FDA’s policy. At the very least, we know that when the OMB approves the CBD enforcement policy (whenever that might be), it’ll only be a couple of months or less before it’s announced to the public.

The beginning of the CBD industry in the US couldn’t exactly be called smooth, and that’s still an accurate way to describe things in 2021. Even so, just look at how much the industry has grown overall – even with missing regulations, delays, and rewrites, the CBD industry shows very few signs of slowing down.

Author:
Shane Dwyer
Shane Dwyer is a cannabis advocate who isn’t afraid to tell the world about it! You can find his views, rants, and tips published regularly at The 420 Times.