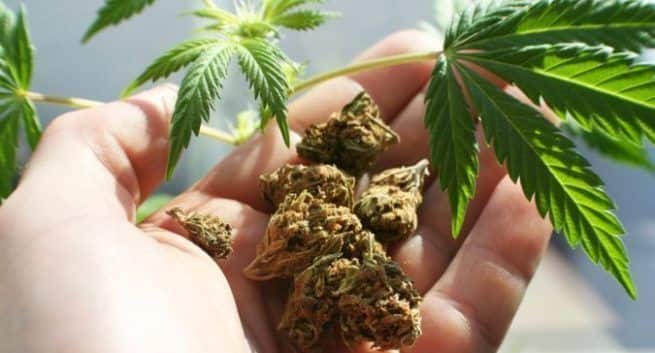 Ran Abuhasira from the Ben-Gurion University of the Negev in Israel and his team evaluated 26 patients aged 60 years or more with hypertension and a new prescription of cannabis. Also Read – Commonly used blood pressure medications safe for COVID-19 patients

According to the study results, cannabis treatment for three months led to a significant reduction in 24-hour systolic and diastolic blood pressure values among adults with hypertension, with the lowest point occurring three hours after cannabis administration.

The researchers believe that the relief from pain, the indication for prescription cannabis in most patients, may also help lower blood pressure. Their study results were published in the European Journal of Internal Medicine.

The Cannabis sativa (hemp) plant is primarily used for medical or recreational purposes via smoking, vaporizing, brewing it as a tea, taking it as capsules or supplements or eating it raw or adding in food.

Cannabis contains over 100 active ingredients known as cannabinoids. Cannabidiol (CBD) and delta-9-tetrahydrocannabinol (THC) are the most studied compounds in cannabis. THC is primarily responsible for that plant’s psychoactive properties. It is thought to serve as the plant’s defense mechanism and repels animals and insects.

Below are some of the science-backed health benefits of these compounds:

In a study, a 600mg dose of CBD helped reduce anxiety in people with generalized social anxiety disorder (SAD). Pretreatment with CBD also helped cognitive impairment and discomfort in their speech performance, and as well as decreased alert in their anticipatory speech.

Another study suggested that CBD may induce antianxiety and anti-panic effects by altering the way your brain’s receptors respond to serotonin, a chemical linked to mental health.

CBD is also widely studied as a possible treatment for epilepsy. A 2016 study found that adding CBD to the existing anti-epilepsy medications helped reduce frequency of seizures in people with epilepsy (36.5 percent fewer seizures per month). The study participants were given oral doses of 2 to 5mg of CBD per day along with anti-epilepsy medications. However, some participants experienced severe adverse effects.

In fact, a multiple sclerosis drug, called Nabiximols (Sativex), made from a combination of TCH and CBD is approved in Canada and the UK as an add-on treatment to help reduce neuropathic pain in adults with treatment-resistant multiple sclerosis.

The role of CBD in preventing cancer cell growth is being investigated. Researchers believe that CBD may help alleviate cancer symptoms and side effects of cancer treatment. The compound is thought to help reduce the ability of some types of tumour cells to reproduce.

With inputs from IANS