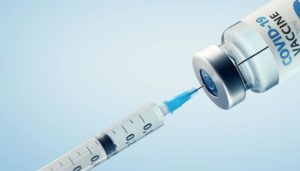 Marijuana companies are scrambling to determine whether their employees can move toward the front of the line to receive COVID-19 vaccinations as the pandemic continues to cause logistical challenges for businesses trying to keep workers and customers safe.

Companies up and down the cannabis supply chain also are taking steps to encourage their workers to get vaccinated without mandating it, although federal regulators have said companies can require employees get the shot.

All this comes as marijuana workers across much of the country have not yet been given priority status for vaccinations alongside health-care workers and grocery employees – although most states with legal markets deemed cannabis companies “essential” after the pandemic broke out nearly a year ago.

Maryland is at least one exception, however.

Last week, more than 130 cannabis companies in the state were notified that their workers would share the same status as health-care workers in the vaccination queue, Phase 1A.

In California, 20 cannabis companies recently signed a letter urging policymakers to designate marijuana workers as Phase 1B, which includes individuals involved in emergency services, food and agricultural, critical manufacturing and other sectors.

“Some dispensaries in the state see more than 1,000 patients a day and these individuals are often the most at risk with large portions of their customer base being the immune compromised and elderly,” the companies wrote in their letter to the California Department of Public Health.

Others argue that not vaccinating workers on the production side – including cultivation and processing facilities – means those employees will continue to require staggered shifts and social distancing on the job.

That slows production at a time when demand for cannabis has been booming.

Then there’s the legal question of whether cannabis companies can force their employees to get vaccinated.

Most legal experts Marijuana Business Daily spoke with for this story recommended businesses strongly encourage employees to get the vaccine and make certain accommodations for those who can’t or won’t get the injection.

But they also recommended not mandating that employees receive a vaccination.

Among mainstream businesses, companies are devising creative ways to motivate workers to get vaccinated.

For instance, Dollar General, which employs more than 157,000, said it will give employees four hours of pay if they choose to get the vaccine, according to The Wall Street Journal.

At Perfect Union, a vertically integrated marijuana 0company based in Sacramento, CEO David Spradlin said the vaccine is “imperative for us on a lot of different levels.”

The retail arm of the company serves more than 2,000 customers a day.

And while measures such as curbside pickup and sanitation stations help to keep consumers and employees safe, new marijuana consumers in particular often want to be educated about the products, according to Spradlin.

He estimates about one-third of customers are new users.

“Our value proposition is that connection,” Spradlin said. “We want people to come to our stores to get that education.”

Vaccinating budtenders would help the problem, he added.

On the cultivation side, Spradlin pointed to the packaging and trimming areas of the operation as suffering because of social-distancing measures.

The workflow in both areas is encountering bottlenecks because employees are spread out and understaffed.

Meanwhile, the production capacity for the packaging department has been reduced by 30% – this at a time when sales increased by 15% overall last year.

But that sales number could be higher if production capacity was at 100%.

“There’s no question we’re losing some value there,” Spradlin said.

The company understands that its workers want to go back to normal life as much as anyone else, Dadourian said. “I don’t think you have to mandate it to get people interested,” she added.

To reassure workers, the company is erring on the side of communication and will make accommodations for employees who choose not to get vaccinated for reasons such as religious beliefs or health concerns.

Similar to Perfect Union, Cresco has been forced to make a lot of changes in its production facilities to keep workers safe during the coronavirus pandemic and is concerned about possible exposure to patients in the retail stores.

Also in line with the industry as a whole, Cresco has grown its operations during the pandemic, adding workers and retail locations.

As for outside legal advice, several attorneys agreed that strongly encouraging employees to get vaccinated is a good way to proceed, though mandating workers get the injection is legally also an option.

Doug Diaz, a labor and employment attorney with Archer & Greiner, based in Haddonfield, New Jersey, recommends making a vaccination voluntary while strongly encouraging employees to get the shot.

Like the Dollar General example, cannabis companies have options to sweeten the deal, including making extra contributions to a health savings account for employees who choose to get vaccinated.

The Equal Employment Opportunity Commission has noted that it’s legal for employers to mandate workers get vaccinated, but there are limitations, including health-related concerns such as allergies or severe anxiety.

Ian Meklinsky, an attorney in Fox Rothschild’s labor and employment department, based in Princeton, New Jersey, believes employers should mandate employees get vaccinated and provide proof of that vaccination.

The rationale behind that is an employer proves it’s looking out for employees’ well-being by telling them to get the vaccine, Meklinsky said.

He also acknowledges there should be accommodations, although that creates another difficult issue.

“The question becomes what’s the reasonable accommodation? That’s where we’re going to see a lot of pushback by employees and confusion by employers,” Meklinsky said.

“Those are things employers are going to have to work out.”

Laura Bianchi, partner at Bianchi & Brandt, based in Scottsdale, Arizona, pointed out that it makes a consumer feel safe if they know the retail workers have been treated.

“People will want to know certain precautions have been taken,” she added. “This is stuff that’s touched and consumed.”

Bart Schaneman can be reached at [email protected]