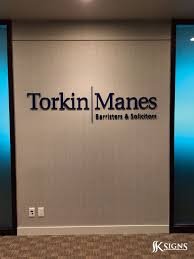 They appear very enthusiastic and we’d suggest somewhat over confident it’s all going to come in a tsunami of rapid change considering nobody from the incoming Biden administration has yet made one concrete statement about the future of federal cannabis legislation in the US. Here at CLR we’d be far more conservative about opportunities considering all the other issues the incoming administration has to deal with.

Cannabis reform in the United States is poised to progress as the Democrats now control the Senate, the House of Representatives, and the presidency. As discussed in our previous articles, support for the legalization of cannabis has been steadily growing across the United States with 68% of Americans supporting legalization according to a recent Gallup poll. To date, 36 states have approved the medical use of cannabis and 15 states, as well as Washington, D.C., have fully legalized recreational cannabis.

Democrats, Raphael Warnock and Jon Ossoff won their U.S. Senate run-off elections in Georgia on January 6, 2021, resulting in a 50-50 split in the Senate seats between Democrats and Republicans. In the event of a tie on any vote in the Senate, the soon to be Vice President, Senator Kamala Harris, has a casting vote to break any tie, giving the Democrats effective control over the Senate.

These recent developments provide optimism for the enactment of legislative cannabis reform such as the Marijuana Opportunity, Reinvestment and Expungement (MORE) Act, which recently passed in the House of Representatives on December 4, 2020, as well as the Secure and Fair Enforcement (SAFE) Banking Act, and the Strengthening the Tenth Amendment Through Entrusting States (States) Act. All of these pieces of legislation, as discussed in our previous articles, will now have a much greater likelihood of being passed by Congress and signed into law by President-elect, Joe Biden.

The opportunities to invest, finance, expand and grow the U.S. cannabis industry with the implementation of legislative reform has never been better than it is today with the Democrats controlling the House, Senate, and the presidency. We will be watching and reporting on future legal developments to come.