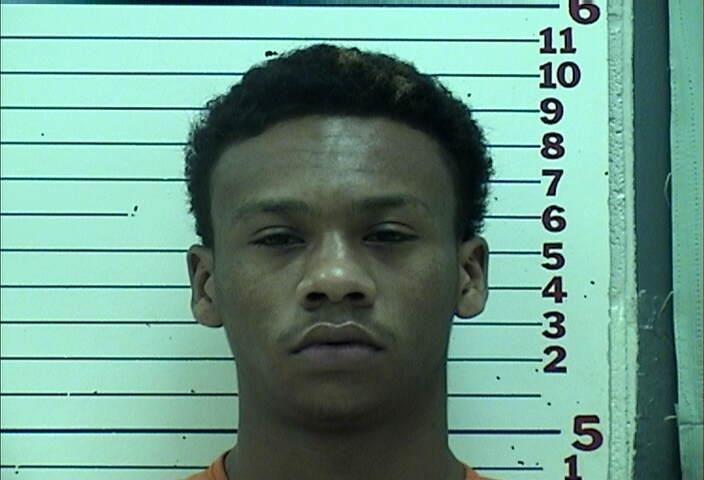 A Lawton man, 19, who is in jail for other break-ins, is accused of being a serial-burglar after he received another trio of charges.

Dallas Lewis Chasenah made his initial appearance Tuesday in Comanche County District Court where he was charged with three separate cases where he received second-degree burglary and conspiracy to commit second-degree burglary, as well as one count of contributing to the delinquency of minors, records indicate. Each conspiracy count is punishable by up to 10 years in prison.

According to the probable cause affidavit, Chasenah and a juvenile admitted to breaking out the glass door of BZ Distributors, 4513 W. Lee, with a sledgehammer on Dec. 7, 2020. They ran away empty handed when the alarm sounded.

Chasenah admitted to burglarizing a vehicle at 315 SE Warwick Way in August 2020 and to stealing a rifle, the affidavit states. Security video at the home captured Chasenah and three other individuals committing the crime. He told investigators that they would gather together before committing crimes and make a plan, such as who would carry and listen to the police scanner.

Another planned burglary, according to Chasenah, was the Dec. 2, 2020, break-in of a west Lawton medical marijuana dispensary.

According to the affidavit, Chasenah threw a stone through the glass front door and his unidentified partner went inside and rummaged through a desk drawer. Only $20 was reported stolen from the tip jar.

The first burglary count stems from the Sept. 26 burglary of Fat Boy’s Pizza, 2546 Fort Sill Blvd. The front door glass was shattered, setting off the alarm and alerting the police. The thieves got away with a safe. He also confessed to the crime and even pointed out himself on the security video, the affidavit states.

According to the affidavit, two minors are accused of participating in the Fat Boy’s burglary.

Chasenah was arrested on Dec. 11, 2020 after he was developed as a suspect in the Dec. 8 burglary of Taco Mayo, 5209 W. Lee. The means of execution were similar, according to investigators. He provided information about the burglary and confessed, the affidavit states.

Chasenah received $15,000 bond for each of the three new sets of charges. Records indicate his preliminary hearing conference will be 3 p.m. April 19.