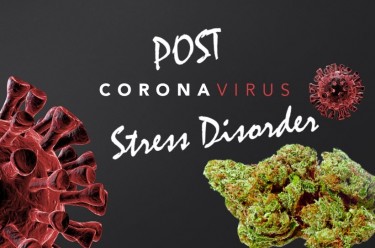 The COVID-19 pandemic has struck the world in ways we almost could never imagine.

It has caused death, financial losses, and among those who are surviving, mental health issues. The way it is affecting our mental health is a serious matter because of the sheer volume of people who were already suffering from various conditions all over the world.

Studies have shown that the pandemic has caused a spike in depression and anxiety, as well as post traumatic disorder (PTSD) plus substance abuse. These are attributed to the major changes we’ve all been faced to make in our daily lives and the fear of getting the virus. These are traumatic stressors that are related to the virus, which is leading health professionals to believe we now have a new kind of PTSD: Post COVID Stress Disorder.

The Psychiatric Times discusses how the virus has caused a variety of mental health issues; some of the traumatic exposures that qualify as criteria for COVID-19 PTSD include people who have survived the virus and were near death, those who have witness the illness and death of loved ones, people affected by the death or potential death of loved ones because of the virus, and those on the front line such as medical examiners, first responders, journalists, and others. They also identify other stressors that worsen the PTSD: social isolation, economic losses, unemployment, working from home while taking care of kids or family members.

Emotional and Physical Response to COVID-19

Even if you think you’ve isolated yourself from the outside world, it’s difficult to avoid the heartbreaking news and the horrific images of people dying from the virus.

Because of all that, it’s normal to feel an emotional response to trauma: feeling helpless, vulnerable, shock, fear, confusion, overwhelmed, and even numb. People are feeling emotionally and physically drained, consumed by grief, and find it nearly impossible to sleep well and regain a sense of control or inner peace. These are completely normal responses to stressful events which we experience due to the virus.

The physical response to these would be: feeling dizzy, rapid breathing, shaking, trembling, racing thoughts, changes in sleeping patterns, loss of or an increase in appetite, unexplained pains. Add to all that the fact we never really know when it’s going to end, and you’ve created a mental health ticking time bomb.

So what is there to do?

How Cannabis Can Help You Cope With Post-COVID Stress Disorder

Though we are no medical experts here, we can safely assume that this is a type of PTSD. The symptoms and manifestations are exactly the same, after all.

So how do we treat it?

There are some lifestyle changes involved. These include limiting (or even completely abstaining) media exposure, taking breaks from the news, volunteering your time, exercising, eating right, and reaching out to others. These might sound easier said than done, though they do work, and cannabis helps too.

Well, when we look at PTSD treatments, the reality is that conventional medications hardly work on PTSD. Most medications prescribed for PTSD are anti-depressants and anti-psychotics, mood stabilizers, sometimes in conjunction with cognitive behavioral therapy. If they do work, they can take weeks for the medications to completely take effect. Then in the worst case, they have horrible side effects; these include low blood pressure, fainting, dizziness, drowsiness, sexual dysfunction, insomnia, constipation, dry mouth, and the list goes on.

It’s no surprise that people have started to acknowledge cannabis’ efficacy as PTSD medication. It’s also no surprise that cannabis consumption has peaked during the pandemic. A poll conducted by Ganja Goddess, a California-based cannabis shopping and lifestyle brand, discovered that there was a “massive, lasting uptick” in consumers who used cannabis delivery services. The survey asked consumers if they turned to pot to help manage any illness, and 69% of the 78% of respondents who said yes said they used cannabis for sleep issues while 68% of them used it for anxiety.

The findings reveal an insight on how those struggling with mental health have been affected by the pandemic, proposing that they are using more to cope indeed.

After all, cannabis DOES work for PTSD.

The two primary compounds in the plant, THC and CBD, can help treat the symptoms of this dreaded condition by assisting the endocannabinoid system’s functions related to memory retrieval and consolidation. When they activate the CB1 and CB2 receptors, the cannabinoids enable the system to release neurotransmitters that promote feelings of pleasure and happiness.

These cannabinoids play a vital role in helping PTSD cases since they prevent the mind from retrieving traumatic memories, effectively preventing nightmares which is one of the landmark symptoms of this condition. There are several studies that further document how the endocannabinoid system works in suppressing traumatic symptoms; others suggest that CB1 receptors shut down the traumatic memories so we stop paying attention to it. It isn’t a coincidence either, that people with PTSD have lower levels of endocannabinoids including anandamides, which serve as natural antidepressants in the body.

“There’s a consensus among clinicians that existing pharmaceutical treatments such as antidepressants simply do not work. In fact, we know very well that people with PTSD who use marijuana – a potent cannabinoid – often experience more relief from their symptoms than they do from antidepressants and other psychiatric medications. Clearly, there’s a very urgent need to develop novel evidence-based treatments for PTSD,” says Dr. Alexander Neumeister.

ANTI-VIRAL PROPERTIES OF CANNABIS FOR COVID-19? WHAT? 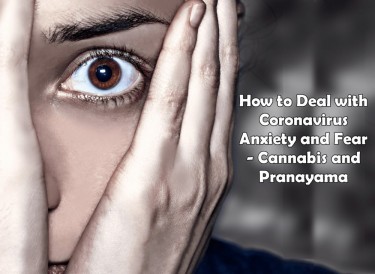 TREATING COVID FEAR AND ANXIETY WITH CANNABIS AND BREATHING!