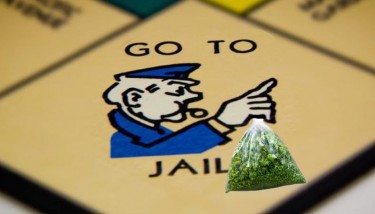 Often you’ll hear media outlets report that countries like “Canada has legalized cannabis” since 2018 and “Mexico is poised to legalize cannabis” and for the most part folks cheer these efforts. And we should; the illegality of cannabis has created a situation that pitted the “government” against the people.

Thousands of peaceful people continue to suffer arrest, jail, criminal records, exclusion for pot — while cops & politicians who opposed legalization & ruined lives with the law are cashing in on legal weed, with no apology.

And this is something that we’re seeing in Mexico happening as well. Many activists complained that the cannabis industry may be “legal” but it isn’t really legal because only a select few people can participate. For example, in Mexico, activists complain that the standards of tracking is a tactic that will exclude many lower-income Mexicans to participate in the marketplace.

And while Cannabis is a ‘Constitutional Right’ in Mexico, the commerce aspect of the industry seems to be geared for larger corporations to manage. For example, Mexico wishes to implement a similar tracking program as in Canada or California – except the investment for thus said technology would exclude a large number of potential Mexicans from being able to implement the technology.

This of course could only be projected fears by Mexican Activists, however – if we take a look at one of the major inspirations of the Mexican cannabis model – Canada – we can see that “consumers” and the craft cannabis market is still suffering and getting harassed by police.

Neil Magnuson, a cannabis grower who have been giving away cannabis edibles to curb the opioid epidemic found himself at the mercy of a police raid recently

The Canadian government desperately wants to show the world that they have a handle on the weed market, but a vast majority of cannabis sales in Canada is still done illegally. In fact, some estimates put it as high as 80%.

Why you ask? The same reason illegal weed is still being purchased in California – the price!

Just take a look at this article from 2010 that points out 50 instances of the government overspending on things that really shouldn’t cost “that much”.

The government should not be in charge of commerce. It becomes counterproductive and they begin to use the police force as a “strong arm” similar to how a Mafia would – except, you know, they are the law and though they are doing EXACTLY the same thing that the Mafia would do – they certainly aren’t anything like the Mafia. Of course they aren’t.

But I digress. The point I’m trying to make here is that those who have been supplying weed before weed was cool to supply should at the very least be “grandfathered” from these draconian cannabis laws.

However, that still doesn’t solve the issue of criminalizing people who would like to participate in the cannabis industry. The governments of the world have used cannabis as a weapon to influence public opinion and expand their reach in the name of “safety” – and now, that they can no longer sustain the narrative, they are muscling in on the very industry they demonized for so long.

This doesn’t sit well with many activists, yet many other activists believe that “some legality” is better than none.

And here we are at a cross-roads.

In Mexico, while it will very much be legal to grow cannabis at home, the industry will be reserved for those who have money. As with virtually every other industry on this planet. While it’s true that for the first 5-years Mexico may grant 40% of their licenses to impoverished communities or indigenous communities – that’s like giving a fat kid a head start in the 100-meter dash against Usain Bolt.

The legality of cannabis will undoubtedly leave some people outside of the cuff. The “outlaws”, the free-folk, the craft marketplace – they will never bend to the rules of the man.

I say, there always needs to be a “free market” of weed – one that operates between grower and consumer, from earth to lung and from one stoner to the next.

Stoners paid for cannabis legalization with years of their lives sitting behind steel bars for not bending the knee in the face of oppression. This is why a “Grey Market” should always be permitted – in honor of those who paid the price.

ARE YOU FREE TO USE CANNABIS, READ MORE… 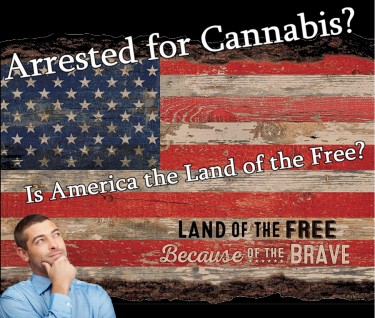 ARRESTED FOR WEED IN AMERICA, ARE YOU REALLY THAT FREE?