Legalizing recreational use of marijuana in Hawaii might finally get some political traction at the Legislature now that 15 other states have taken the plunge and there is an urgent need for more tax revenue due to the pandemic.

But many in law enforcement remain strongly opposed to legalization for recreational use, and there will certainly be some political pushback against such a proposal.

Even a modest bill to decriminalize possession of small quantities of marijuana stirred up significant opposition in 2019, with 16 House members and three senators voting against it. Gov. David Ige finally allowed the measure to become law without his signature.

Marijuana use is still illegal under federal law, but last week the voters in four more states approved ballot measures legalizing marijuana for personal use. Those election outcomes in Arizona, Montana, New Jersey and South Dakota bring the number of states that allow personal recreational use of cannabis to 15, along with the District of Columbia.

“Hawaii is a surfing state, so it’s only natural that we catch this wave,” said Roger Christie, a Hilo resident and longtime advocate of marijuana use. 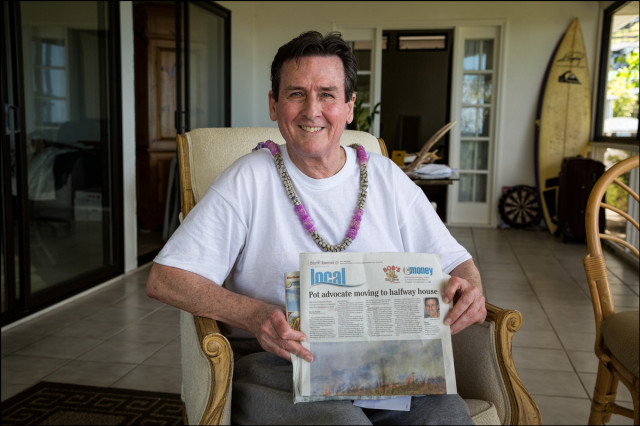 Marijuana advocate Roger Christie holds up a newspaper story reporting on his transfer to a halfway house after he served 50 months in a federal detention center.

Christie, 71, served 50 months in the Honolulu federal detention center for cultivation, possession and distribution of more than 100 marijuana plants, so he knows more than most about prohibition.

“The timing is ideal for our Legislature to take this matter up right now,” he said.

Sen. Jarrett Keohokalole, who was recently named chairman of the Senate Health Committee, said he does plan to hold a hearing on a legalization bill in the legislative session that begins in January.

“I’m definitely looking at what’s going on in the other states that have done it, especially states like Washington that transitioned from a medical to recreational framework like we would potentially need to do,” he said in a written statement.

But having a hearing does not mean any cannabis bill will pass.

Rhoads heard a bill in 2019 to legalize recreational use of marijuana that was unanimously approved by the Senate Judiciary Committee, but it stalled when it was never scheduled for a hearing before the Senate Commerce, Consumer Protection and Health Committee and the Senate Ways and Means Committee.

State Sen. Rosalyn Baker, the chairwoman of the Commerce and Consumer Protection Committee, was unavailable for comment Tuesday about whether she would support legalization for recreational use next year.

And the political path to legalization may be even more challenging in the House. The newly appointed chairman of the House Health, Human Services and Homelessness Committee is Rep. Ryan Yamane, who voted against the 2019 bill to decriminalize possession of small quantities of marijuana.

Yamane said Tuesday he is unsure if he would schedule a hearing for a legalization bill if one were referred to his committee, in part because he would want to hear from the state Department of Health as well as the House Democratic caucus before scheduling a cannabis bill.

Marijuana bills may also be routed to the House Consumer Protection Committee, where Rep. Aaron Ling Johanson has just been named chairman. Johanson indicated in 2019 he had reservations about the bill to decriminalize possession of small quantities of marijuana. 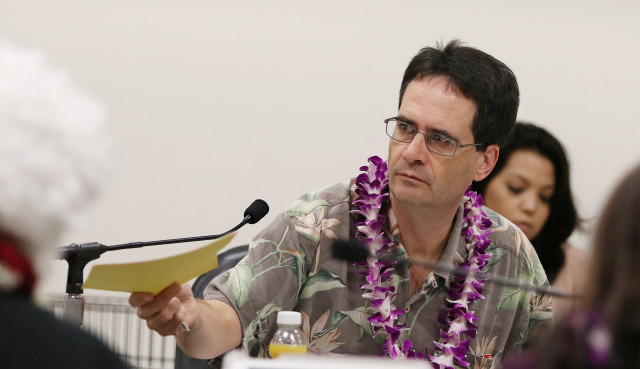 Senate Judiciary Committee Chairman Karl Rhoads says he believes the Legislature is lagging behind public opinion on the issue of legalizing marijuana for recreational use.

Rhoads said he believes lawmakers are “behind the electorate” on the legalization issue, and he isn’t sure why. He suggests marijuana should be treated much like cigarettes and alcohol, which he says are not healthy products for consumers, “but it’s so universally used, you might as well tax and regulate it as opposed to just letting the black market take care of it.”

Advocates are expected to focus next year on the potential tax revenue from marijuana sales.

“I think the thing that may be different this year is the desperate need for money” now that state tax collections have plunged during the pandemic, Rhoads said.

Overall state tax collections are projected to decline by a total of $2.2 billion during the last fiscal year and this year.

“This isn’t going to fill a $2 billion hole, but you might get $40 million to $50 million in tax revenue, and that’s better than a sharp stick in the eye, so maybe people will take it more seriously this year, I don’t know,” Rhoads said.

How much the state can actually collect in taxes on marijuana depends on the tax structure, tax rate and consumption rates, but a Tax Foundation study earlier this year estimated Hawaii would collect about $31 million per year from the marijuana trade if it were to legalize recreational use and adopt a system similar to the tax imposed in Colorado.

But House Finance Committee Chair Sylvia Luke, who supports legalization, said projections like that may turn out to be too optimistic. She points to the years of effort including rule-making and other steps that were required to launch the state’s medical marijuana dispensaries.

“I don’t really look at it as a revenue source, because even if we were to pass it next year … in reality it’s not an immediate revenue source because it’s going to take a long time to stand it up,” she said.

Ige, who opposes legalization of recreational marijuana use, would be yet another formidable obstacle.

Attorney General Clare Connors said that as the state’s top law enforcement officer, she has opposed legalization because recreational marijuana remains illegal under federal law, and federal law is not changing on that count.

She said there likely will be more focus in Hawaii next year on the potential for legalization to generate tax revenue, but there are still “significant concerns” such as health issues and research that suggests legalizing recreational cannabis use may result in increases in impaired driving and accidents.

“We have seen what’s happening across other states, and we’ve seen how the conversation has been reflected in our own state,” she said. 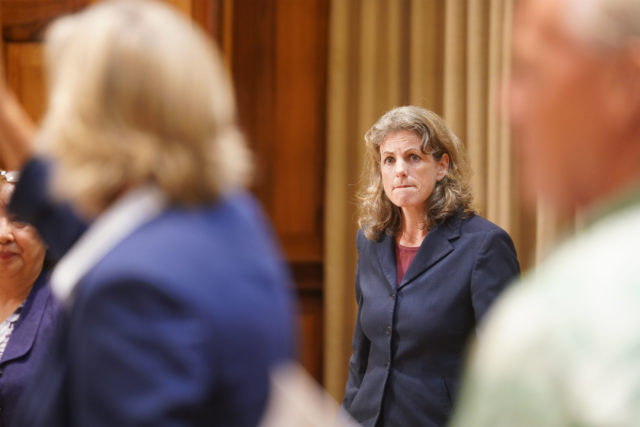 Attorney General Clare Connors has pulled together a working group to advise lawmakers as they weigh the possibility of changing the state’s marijuana prohibitions.

Since the Hawaii attorney general advises lawmakers on technical and legal considerations of policy making, Connors said she assembled a working group of deputies with expertise in labor issues, criminal justice issues, health issues and agriculture to better advise the Legislature on the marijuana issue, she said.

That has also involved consultation with experts in other states on issues such as taxation and the best way to regulate the industry, Connors said. For example, one issue that remains unresolved is how to measure exactly when a motorist is legally impaired because of marijuana use.

Another issue that needs to be considered is that often people with drug problems only receive drug treatment when they are charged with a crime — such as marijuana possession — and enter the criminal justice system, she said. If marijuana is legalized, it may be necessary to provide people with another avenue to use to enter treatment.

All of that is being done “under the premise that if as a policy matter people think this is good for the economy, we’ll be prepared to address it,” she said. “Basically, we just want to be able to serve our clients as best as possible, so when we saw the conversation that was happening … I said, ‘We’ve got to at least coordinate our conversation and figure out what we can add to it.’”

Rhoads said he hasn’t made legalization a priority, and he is concerned about evidence that marijuana use may have negative health impacts on younger users, but said he takes a realistic approach to adult use.

“It’s not going away, you’re never going to be able to get rid of it, and Lord knows we’ve been trying forever to try to keep people from smoking pakalolo, but it’s never worked,” he said. “It’s sort of like prohibition in that regard. You’re never going to get people to stop smoking and drinking alcohol, so you might as well at least be sure the product is not poisoned somehow, and regulate it and tax it.”

Thanks! We’ll send you a confirmation e-mail shortly.